Thank you for your interest and submission to work for CrossGen Comics. However, your submission to our company is not the style CrossGen is pursuing at the time.

Good luck with all your future endeavors, 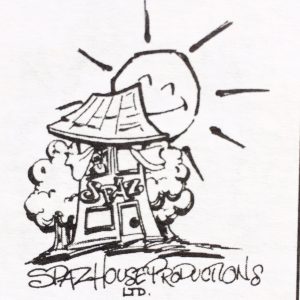 Thank you kindly for the rejection letter. I am amused and puzzled as I have not officially submitted my work to your company. I do realize my style and writing is not what CrossGen is producing at this time. I have several of your titles and enjoy the work.

I am thanking because your letter to me will give me a novel item to talk about for a very long time.

The above letters are true. The rejection letter was sent to me months after I participated at Orlando’s MegCon Comic book and sci fi convention. I and a friend had a booth in artist’s alley. I created a comic book series under the title Cthulhu Friends. The first title was “Typos” I did what any clever artist would do. I knew much I wanted to invest. I created a comic the size of a Chick Track. This kept my costs down. Print three comics on a page. Single staple. Shared a booth with a fellow comic artist. Create a booth that looked professional.  In order to push sales I created a show special, selling mine and my table partner’s comics together. The bundle package was $5.00. All the convention goers had $5.00 and it was certainly easy to make change. I made my booth money, my print investment, travel and a tidy profit left over.

Because I handled the print investment wisely, I was able to hand out several comics to industry giants, one was writer Barbara Kesel. A prolific writer in the comic book world. She and I talked about women in the comic book industry and I handed her one of mine. I am guessing it went into the large grab bag of other hopeful comic artists wanting a job.

I was very surprised at the letter when it came into the mail. I was amused and then gave myself something to ponder. Several key items came to mind, one I knew the work of CrossGen and their style. I would certainly have to work hard to rebrand my own style to mimic their style comics. This is knowing and understanding the industry and the companies. Submitting a science fiction story to a romance publication would be a waste of time.

I still use this tale on occasion.  What I got out of the rejection letter was positive. I had the courage to go out on a limb to create a story. I created a small band of fans. I made money on my little comic. I enjoyed my time at the convention as I was accepted by other independent artists. I tell an amusing tale about the rejection letter at writer’s conferences.  There is most always a panel that helps writer’s deal with the rejection letter. Rejection is hard to take. But I saw the rejection as an opportunity. An ace in my pocket. If I can spin a tale of random rejection I am hoping that would help others face the mountain of rejection letters many writers face. So at some point in the discussion people are asked to recount the best or worst letter they have received. I often win with my story. My telling is a way to offer hope to others.

The outcome of this story is that CrossGen, an excellent company lasted only for a number of years. Then flamed away. The  great roster of people, such as George Perez, Mark Waid and Barbara Randall Kesel have had to move on to other creative projects. Fans have been supportive of their move and continue to follow their work, which is prevalent and just as creative today as it was in the CrossGen years. I have taken a cue from their lesson, to keep on evolving, and rebrand myself and the work that I do. 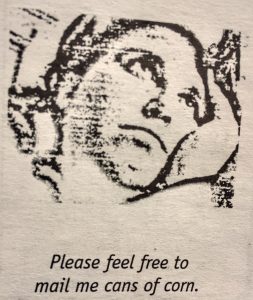